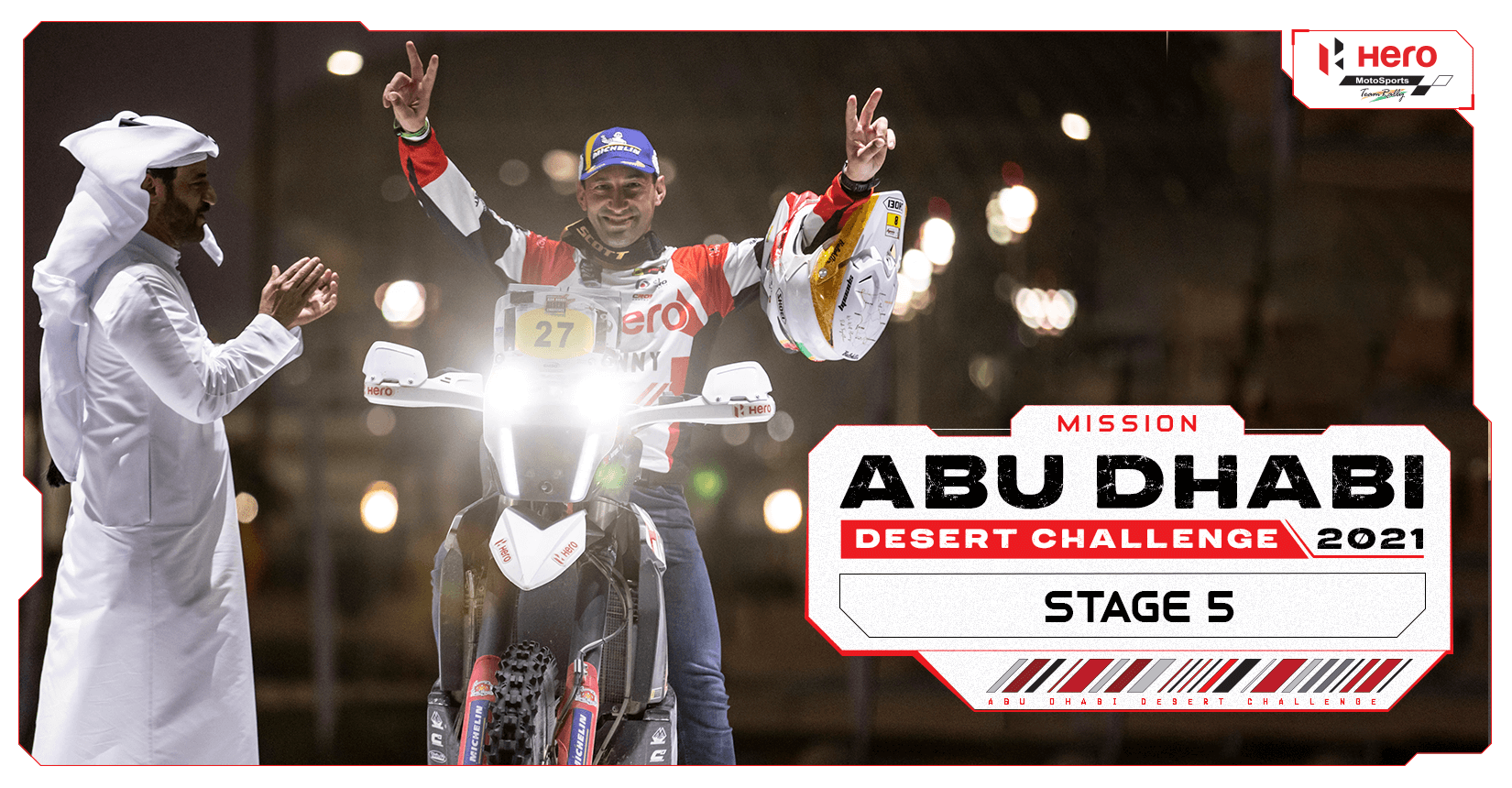 Hero MotoSports Team Rally, the motorsports team of the world’s largest manufacturer of motorcycles and scooters - Hero MotoCorp, has completed the Abu Dhabi Desert Challenge on a high with the team achieving a prestigious podium position in its last rally before the Dakar 2022.

Continuing his solid run throughout the rally, Joaquim Rodrigues finished in third-place in the overall rankings. Pushing through multiple challenges in the final stage of the rally, including the failure of his navigation equipment, he delivered a fantastic fifth-place finish on the stage, just seven minutes behind the leader.

With this, Joaquim Rodrigues has finished in the fourth position in the Cross-Country Rallies World Championship, while Franco Caimi finished in eighth and Sebastian Buhler in 12th positions.

The last stage of the rally tested the riders with another 216kms of racing, taking the total race distance to over 1350kms in five days. 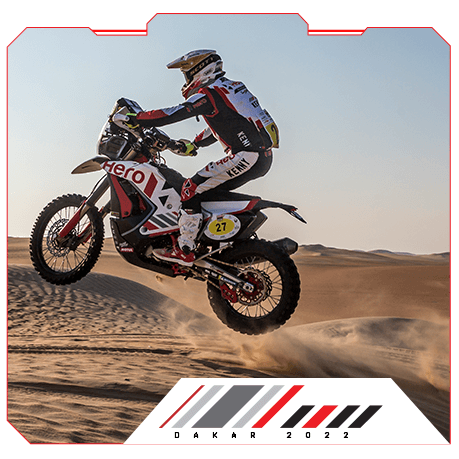 Next for the team will be the Dakar 2022, which will take place in Saudi Arabia, from the 2nd to the 14th of January 2022. The team will use this period for their final preparations, to ensure they hit the ground running, with both man and machine at their peak performance. 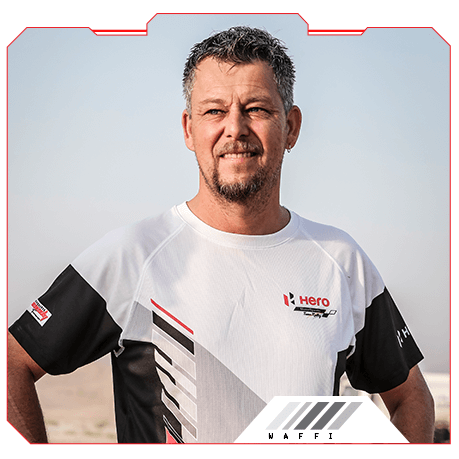 “First of all, we would like to wish Sebastian a speedy recovery, and we hope to have him back soon. Hearty congratulations to JRod for a well-deserved podium finish. It was also great to have the full team here as CS Santosh joined us, signaling his speedy recovery. Overall, we have had an exciting season, during which we have improved a lot and the growth is evident from the podium finishes. Our focus will now be on ensuring readiness for the Dakar Rally. Thanks to the entire team for their great work.” 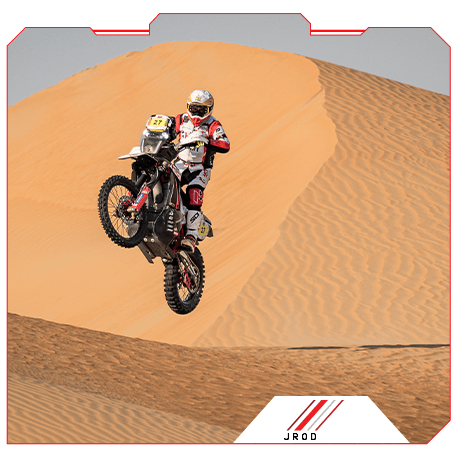 “I had a failure on my navigation system on the stage, but I am happy that I was able to finish. A podium in this rally is a great result for the team, and good motivation just before the biggest race, the Dakar. This is my first podium in the championship and the fact that this is the same race where Paulo scored his first Podium in 2012 makes this result that much more special for me. I want to once again wish my teammate Buhler a speedy recovery, and thank my team and fans around the world for their constant support.”