The Oilibya Rally Morocco 2016 concluded on the 7th of October, 2016. Hero MotoSports Team Rally riders Joaquim Rodrigues and CS Santosh completed 1,300 kilometres of riding against the clock and 1,900 km altogether. J-Rod finished in the 14th place in the overall standings while CS finished the final 230-km special test by advancing to 30th position overall.

"The race was a good experience for me and the whole Hero MotoSports Team Rally," Rodrigues offered. "We learnt a lot and I´m coming to terms with all the things that happen during such a high-profile event. It was a really solid rally for me and we made it to the finish with a good result - an excellent preparation for the Dakar. I was able to finish every stage and I´m very pleased about completing my first world championship rally. A big thanks to everyone on the team."

CS Santosh was also in good spirits after a hard week´s work: "Coming here to Morocco we knew it´s going to be very competitive. The OiLybia marked the final test before the Rally Dakar as well as the world championship finale, so all the top riders were showing up. Right from the beginning we had two good days, a good pace and I was just outside the Top 20. Then in the second part of the marathon stage (on Wednesday), I had a mechanical problem. Luckily I could restart the race the following morning. We managed to put in additional miles and to further build up towards the Dakar. Today I tried to go fast to make up positions. I made a few navigation mistakes and eventually lost some time. Overall it´s been as tough as expected, but there has been a lot of positive learning. It´s good to have problems now instead of having them in January. Going to the Dakar we should have a better run and stay out of trouble. It was a lot of valuable time on the motorcycle."

Team principal Wolfgang Fischer sums things up: "We´re happy to celebrate this final day with both riders crossing the finish line. It represents a major milestone for our Hero MotoSports Team Rally. The OiLbybia is in the books as our first participation in a world championship event and our main preparation race for the upcoming Dakar. It´s a very competitive event here with all the top teams and riders involved. It was a quite intense week, having to deal with lots of situations. The riders achieved the maximum given the circumstances.

They learnt how to deal with different cases and how to solve them in order to be prepared for the big challenge. We´re delighted to complete this step in our poject the way we did and we continue to follow our schedule. Thanks to the mechanics for working hard and coping with everything that happened. Many thanks to Hero and greetings to India. Now heading back home." 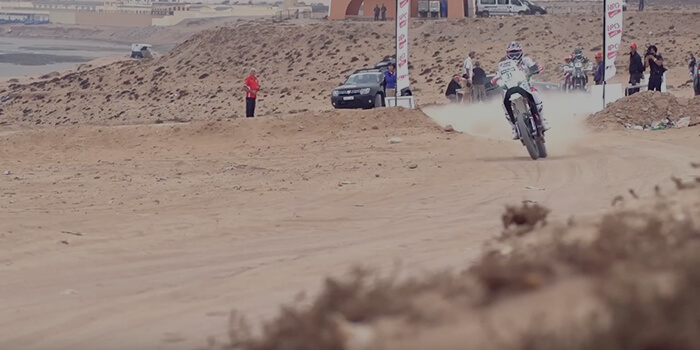 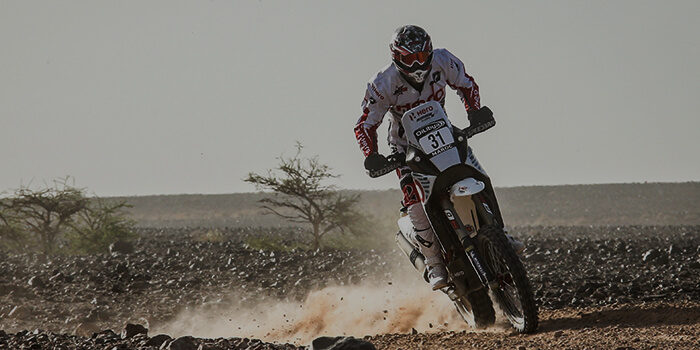